View My Slideshow of Historical and Family Photos!

Some will be familiar; others won't be. I'll update quite often. 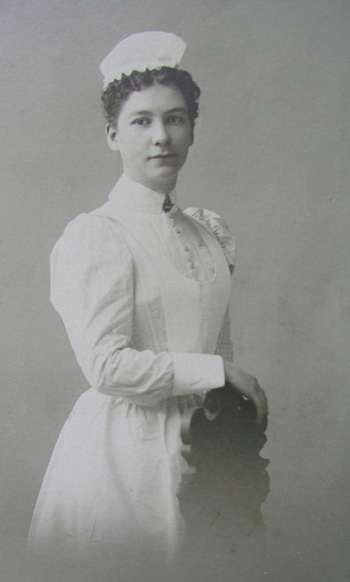 Winifred Wallace, whom my mother called Aunt Winnie - another nurse 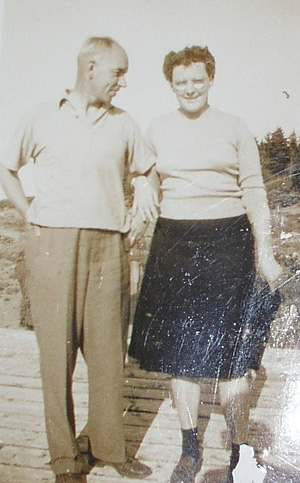 Malcolm (Mac) and Kay (Fleming) Wallace - Mac was a brother to Sarah, Vera and Marion. He was a well-known Wolfville contractor who, with his brother Avard, built our home at 67 Pleasant Street.  Like most of his siblings, Mac also died of cancer. They had no children.

Wolfville Photos from the Past

I'll add details as I go day to day; please check back often. Several photos will relate to the Wallace and Young families, which were prominent in local history for many years. I would deeply appreciate it if any of you who read and enjoy this site could pass its web address along to others. I'm hoping that people will send me more Wolfville-related photographs I can include, with identification as to their sources if available. It would be a fine thing to include as many of the local families and buildings as possible.

Please refer to my other pages, including a selection of old and wondrous postcards collected by my grandmother many long years ago. I have hundreds of these! There's also a slideshow of postcards on my previous Wolfville page and I intend to add others. 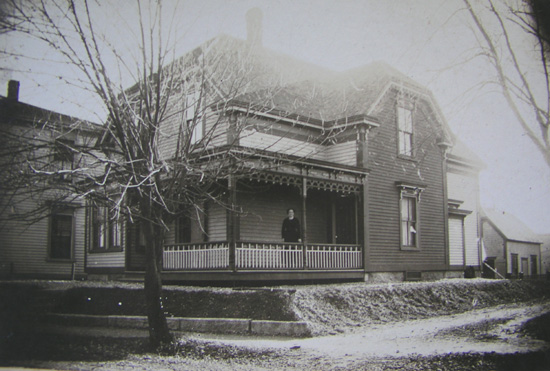 Wallace House on Acadia Street, later moved to Prospect Street - home of John, George and Amelia Wallace (who is seen on the verandah). These two donated a vast tract of land to Acadia  - some say under intriguing circumstances, or so my mother always claimed. It's all irrelevant now. The house was also the home of Ron Longley and his wife Vera and it is now the property of Acadia University. 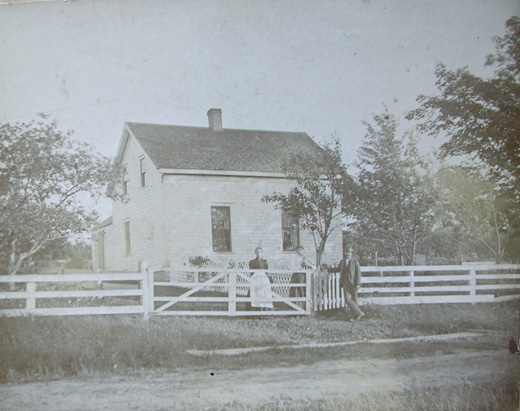 This is the original Wallace family homestead, located on Pleasant Street. When my grandmother Ella (1875-1967) was a girl, she even kept harness racehorses there.  There would have been five acres or so when my own parents built a home next door at number 67. We also retained the homestead property for some years after that; it was occupied for years by John Murphy and his family. I remember a peach tree near the south wall, that belonged to my great-grandmother and had been bearing fruit since the nineteenth century. This home still exists, almost across from the Highlander apartments and Hillside Avenue. Of course, it has been considerably updated since those old days. 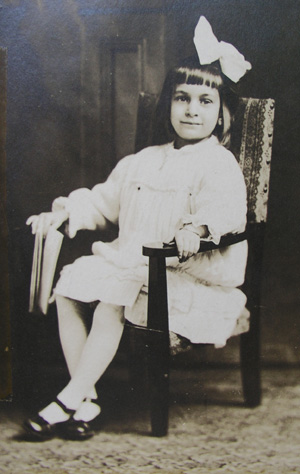 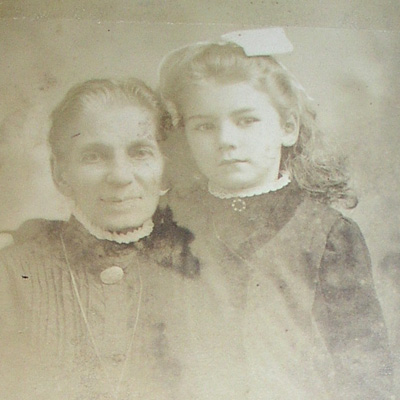 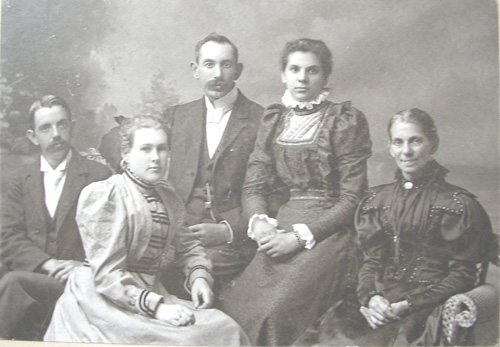 This is the Wallace family to which my grandmother, Ella, belonged. From left to right, those in the darker clothing are Ed, Reuben, Ella and Sara. The lady in the lighter dress, at left, is Minnie Brown (Acadia class of 1896), who married a Cutten. They were benefactors of the university and Cutten House residence was named after that family. 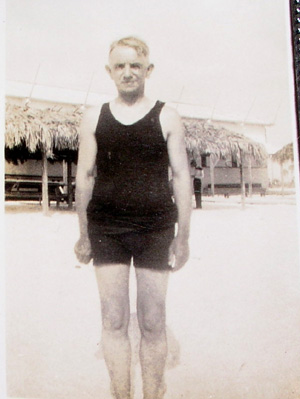 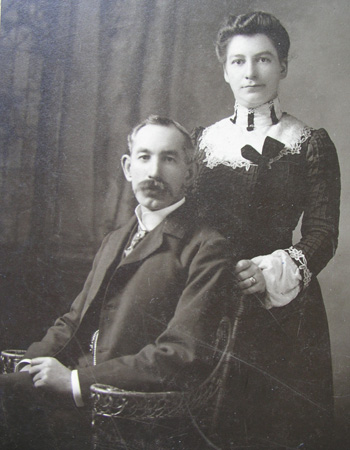 Reuben and Winifred Wallace (a striking couple, in my opinion) 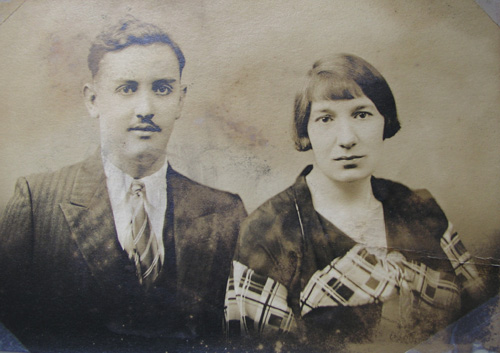 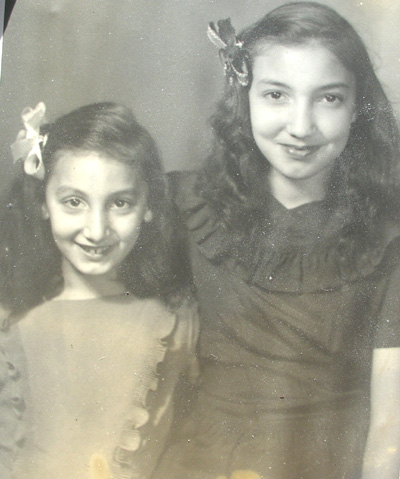 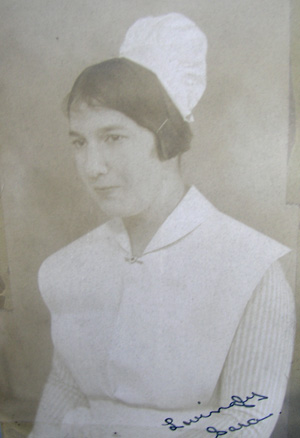 Sarah Wallace (m. Norris Ward), who became a nurse. She passed away from cancer, far too young. Her daughters, Marion and Patsy and son, Paul, were very familiar to me as I was growing up. Almost everyone in Wolfville knew Marion (Mapplebeck), who helped arrange countless sutdents' loans with Royal Bank for many years. 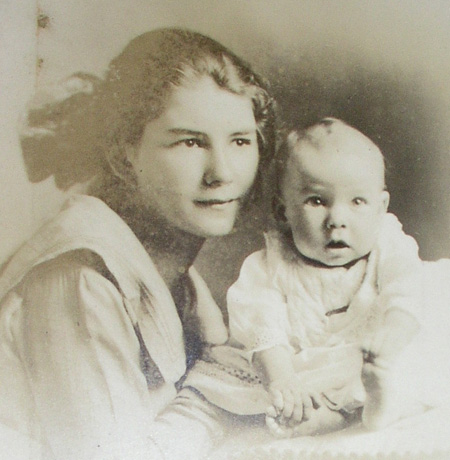 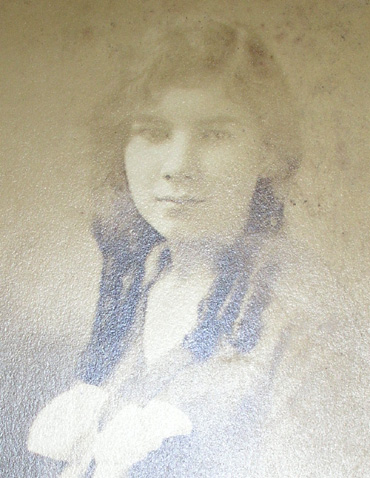 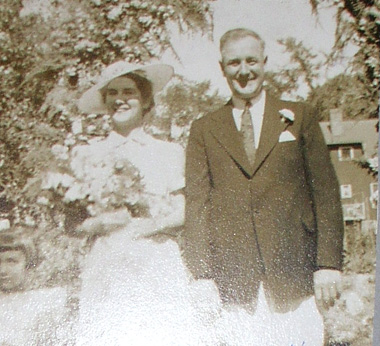 Marion Wallace Dawes and Colin Dawes on their wedding day. Marion was postmistress at Waverley, NS, for many years. There was also a gold vein running under the basement of her home on American Hill Road! But mining it would have destroyed her home so she said no. 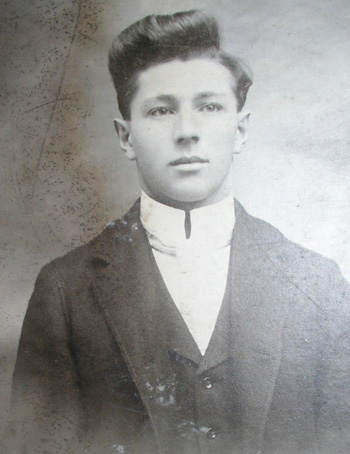 The handsome Enos Wallace (does anyone know anything about him?)