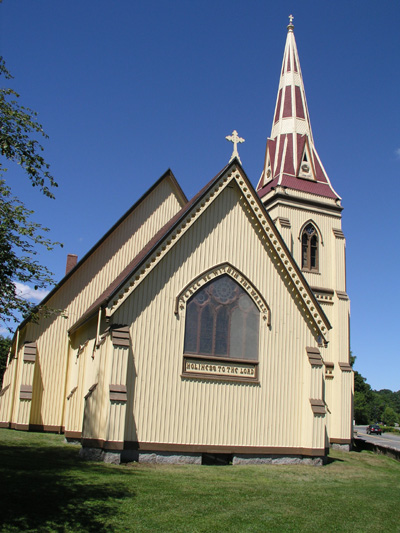 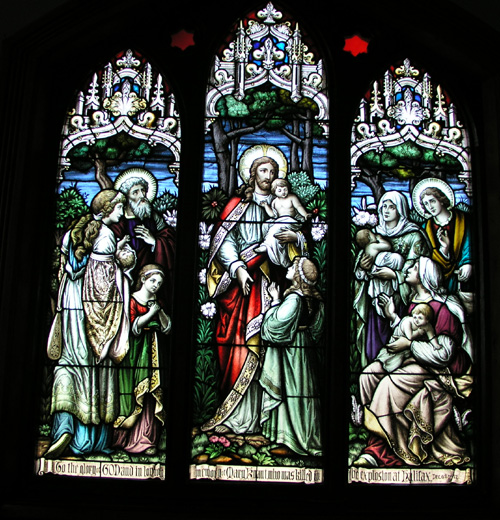 The concept of Deity is one with which I've wrestled for much of my life. Having won an award in a recent Christian poetry competition, I might be assumed to be steeped in that faith. However, I have many questions. I'm a sincere seeker after the truths of God, but I don't always manage to keep my feet on a singular path.

I believe that the sacred imbues everything -- from whirling nebulae to motes of pollen. I see evidence of God wherever I turn, but the exact nature of that God-Being is unclear to me. The association of maleness with the Judeo-Christian divinity is unsettling, to my mind. Although I'm not Catholic, I was an admirer of Pope John Paul's tenacity, and his personal conviction that the feminine principal -- as embodied by Mary -- has a place in Christian teaching. I wrote the villanelle, "Miriam's Exam", about this particular issue. It is included on a previous page.

The "Pope" poem is my attempt to come to terms with the concept of a divine hierarchy, one that includes us all, from Holy Fathers down to the lowliest beasts. As I have several pets and horses, I've tended to feel that animals, too, possess some sort of soul or indwelling spirituality. It isn't excpressed in human form, of course, but I would find it very difficult to consider a much-loved cat or dog as being devoid of anything beyond mere physical presence. There is a certain nobility about most animals that must come from a force beyond themselves. I wish I could detect it more often among humanity! - Brenda

We fly too slowly, so the stars outrace
us every time. We plead with God to show
the origins of light, that sacred place
where fiery nuclei erupt and grow.
Yet He is mute. We blame His voiceless sky,
and send up further questions. Midnight sings
to us but we refuse to hear, and sigh
for better words, while our imaginings
prove nothing – neither doom nor deity.
Mistaking quietness for void, we claim
there is no alpha, no theology
enough to span the universe. We name
ourselves omega, last and best, then seek
contention – from the One who will not speak.

Barn-Radio Flash: “The Pope is Dead”

“He has gone to the Father.” So, the word

is tangled with this evening’s other news.

I think on holy men, and how they break

those teeth sharpened for all of us, click-clack

Beneath my wheelbarrow, a luckless mole

rots in the sawdust pile. I think perhaps

he burned in confrontation with the light:

too much blaze, sent against too little brain.

Unhidden quiver-tail, he sought the sky,

but now the velvet dries around his bones.

Has any part of him found its way up

to where some rat’s-head deity presides

over legions of varmints, with pink soles

and stars for noses? Or is he empty,

not anything at all? No Sire but the scuff

of sand against a panting squint-eyed dam,

crouched in her lusty tunnel? I exhale,

marry the corpse to clay with my boot heel,

then drive a pitchfork tine through its small stain. 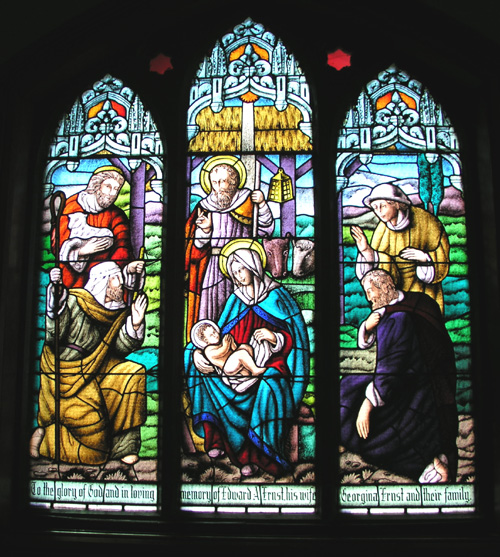 You stroke the crystal rim of sky, invade

our Friday quiet. Operatic trills
festoon the spruce and briars like a braid

of bright soprano beads. Each grace note spills
across our fields; your celebration strums
the pasture fence. A sudden wire-dance
skips lightly down the topmost strand and hums

until we trace its source. But what mischance
has caught you on this barb, which now impales
your body with its crucifying spikes?
You bleed in music, though its cadence fails
to turn aside two predatory shrikes.

We cry out as they tear you wing from wing,

yet even as your breast is speared, you sing.

This poem won a Merit Award and was also judged Best Rhyming Poem in the 2005 Utmost Christian Writers Poetry Contest, open to all who wished to enter.  Visit the site at www.utmostchristianwriters.com 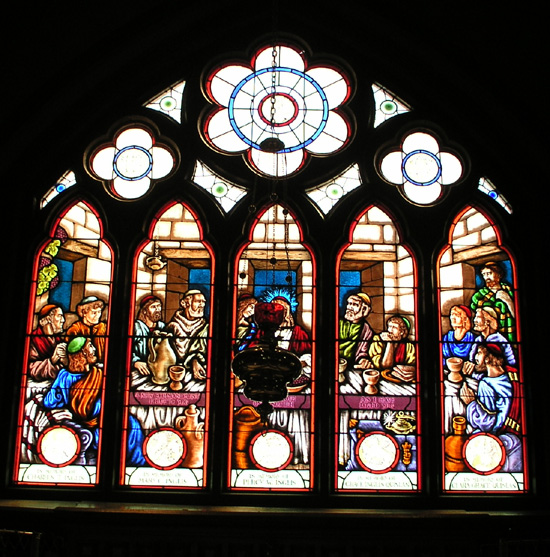 The singer in the rubble lifts her eyes
toward auburn horizons, where new fires
corrupt a stellar offering of light.

She cares for little - neither earth nor sea -
just woman music braided in a skein
of blacker notes, basso profundo pain

that rumbles with a subterranean pulse,
beneath the war-scorched hills and granite fields.
Blinded, she can endure their livid wounds.

She chants above the crumpled ribs and spines
of headless children, pulped into the mud.
She mourns for hollow arms, unneeded breasts,

and broken warriors, forbidden graves
beside their leaders, hung along the walls
to shrink: shadows textured with human flesh.

But when all songs are done, the air opens
into a funnel throat that drains her voice -
with all its stars and ashes - to the dregs.

Sightless and still, the last musician prays
(while she imbibes the winy scent of God)
to be drunk. Then His greedy mouth descends.

This is my post-Apocalyptic vision!  The latter-day Cassandra has no further need of her own prophetic gifts. Should this ever come to pass, it will be humanity who is to blame for it. 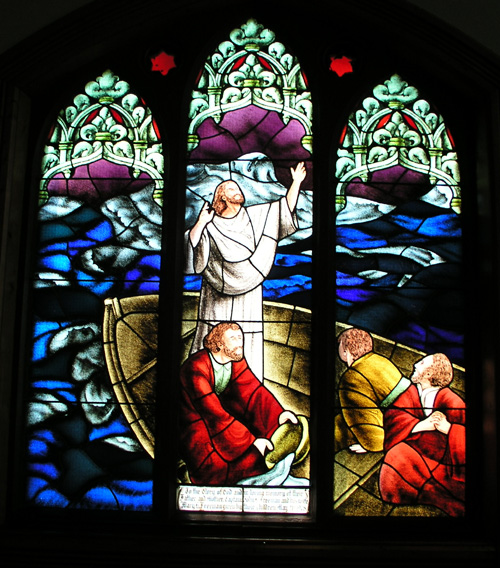 "When we are born, we cry that we are come
to this great stage of fools." – King Lear


A distant master animates my cords.
They pulse; he pushes me to act. But when
he ceases, will I drop upon the boards,
an empty puppet? Not to move again
is past my contemplation, yet I know
the power that illumines from on high
can burst my veins in flame, replace their flow
with stellar currents. Thus, for me to die
will offer no quick darkness, no regret,
but merely an ascent. The over-soul
that waits above these wings will serve me yet,
my guide to brighter stage and larger role.

No more a wooden actor, I'll arise;
sing tongues of fire; fling comets through my eyes.

Yes, there is some assurance that we are more than the sums of our parts! 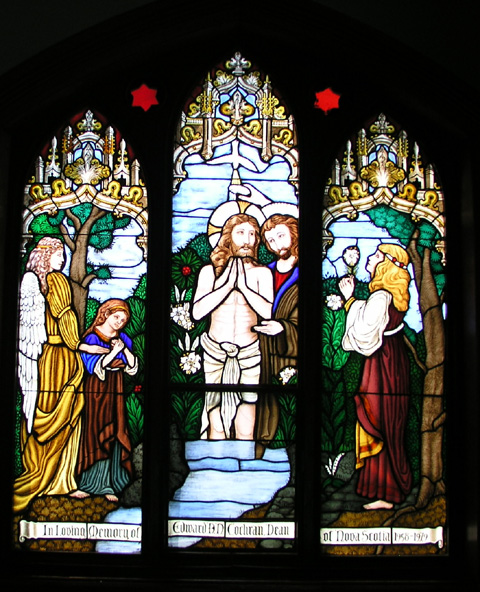 These miraculous stained-glass windows are all located in St. James Anglican Church at Mahone Bay. Most have been placed in memoriam to various individuals, one of whom was a victim of the Halifax Explosion. They are truly remarkable, and the church welcomes visitors.

my pine is hushed now

cased in ice but chickadees

His white and blue arrangement