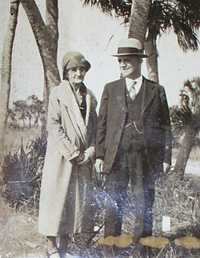 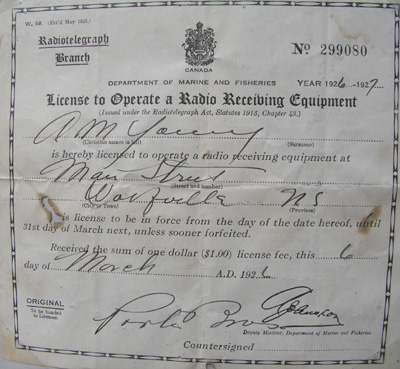 Arthur Young had a crystal radio in the store, which at the time was one of two or three in the whole town. Everyone would gather to listen to the broadcasts. Here is one of his licenses to operate this radio in 1927. How things have changed!

I'll keep adding to these and would love to hear from anyone who has other photos which might be included. Most of mine are focused on the families in my own background, of course. Please feel free to suggest links to sites featuring Wolfville's history and heritage. 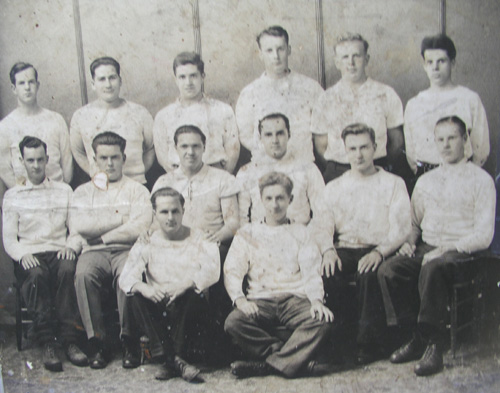 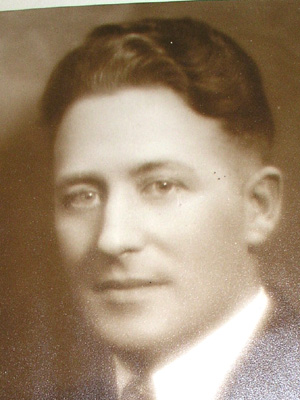 Leo Delaney, son of EJ and Carvilla Delaney - he later became a professor at University of Southern Illinois and lived in Carterville, Illinois, with his wife Esther. She was very artistic, and also gew splendid roses. 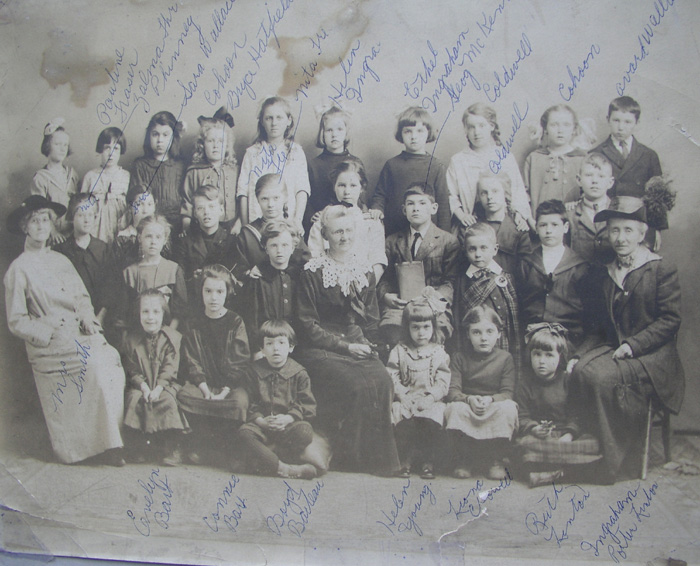 A group of Wolfville children, circa 1918 to judge by my mother's apparent age in the photo. She has identified many of these people in ink directly on the photograph, a habit Mom picked up in her later years. I believe that most of the names are readable. 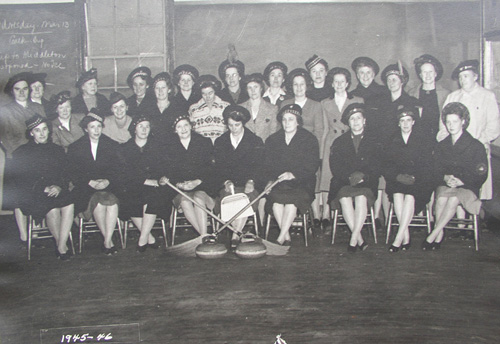 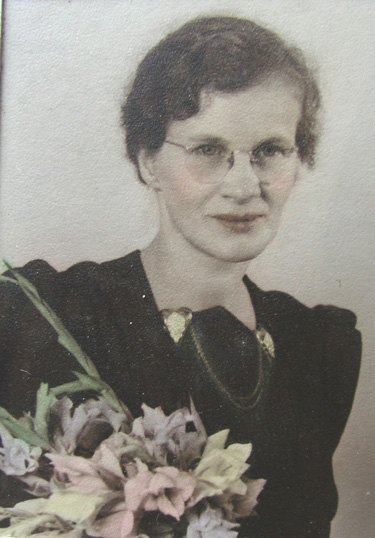 Frances Yorke (aka "Takie"). This lovely lady came from Parrsboro and was a nurse; I remember that she gave me private care when I had a nasty tonsillectomy in 1952. Frances lived on Prospect Street in a cozy little home covered with grapevines, which is gone now. She loved cats and had a wonderful garden. She also took in seniors who needed a place to live and was one of the kindest souls on earth. She and my grandmother Ella were great friends. I believe she passed away in the early 1970s. Helen Locke, another Wolfville "character". She lived in the wooden apartment building at the corner of Linden and Acadia, behind a small dental clinic. Miss Locke taught school in town for many years and remained an old maid. She was good-hearted and animated (but also somewhat of a busybody - if we wanted to find out the latest gossip, we'd just ask Helen!). She visited with my grandmother often and I used to go to her delightful apartment for chats and delicious meals. She passed away in the early 1970s as I remember. 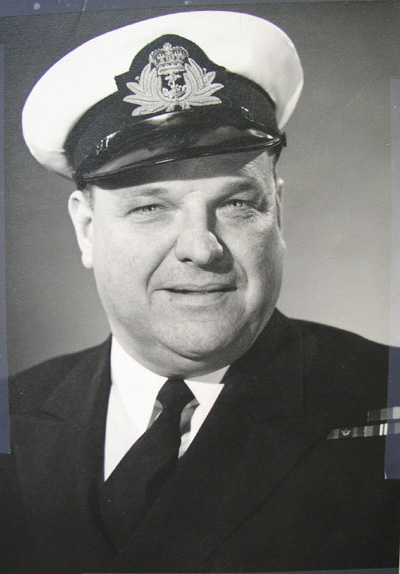 Lt.-Cmdr. Albert Thomas Levy (1913-1985), my father. He served in the Canadian Naval reserve through WW II and into the early 1960s; in the latter part of his career, he was instrumental in starting many sea cadet programs throughout the Maritimes. He also assisted promising young cadets with acquiring financial aid to pursue university studies. He attended Acadia to study Education after his retirement from the military and taught school at Horton District HS for the next decade.

"Bert" once operated a service station in Wolfville, on Main Street right next to the Baptist Church. Various business have occupied the site since then (late 1930s-early 1940s) 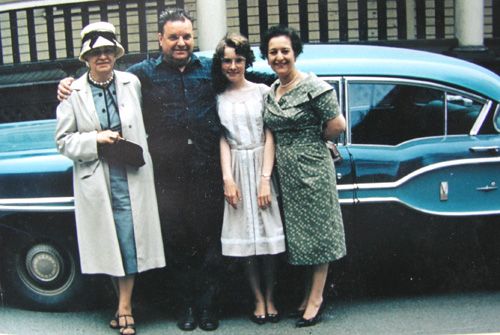 This 1958 Pontiac sedan was my Dad's pride and joy. I remember it as undoubtably the prettiest car we ever owned. We had it for nine years. It was a heavy, solid vehicle and felt secure on the road. In the photo, l-r are my aunt Olive Levy O'Rourke (who was married in the Wolfville United Church), my father, me, and my mother. 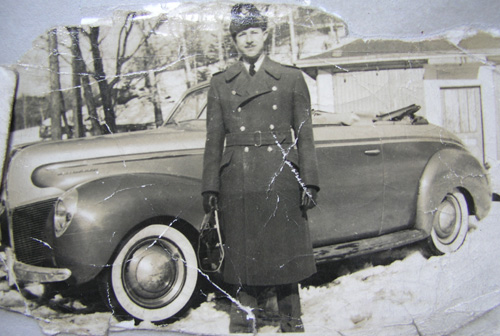 "Scotty", a Mountie friend of our family. I don't know the year this photo was taken but perhaps someone can identify it by the car. I don't even remember his real name but I gather his surname was Scott. He used to visit often in the 1950s and was a fun-loving, friendly man who also - so my mother said - loved a good party. I always looked forward to seeing him. Inga Vogler Estey. She attended Acadia (class of 1925) and became the mother of Jacqueline Estey; my middle name is Jacquelyn, in her honor. Inga was from Vogler's Cove and I believe she still summered there well into advanced old age. She married Roy Estey. 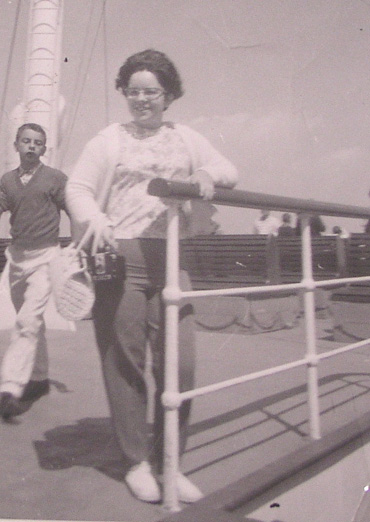 Mary Sue Phinney, one of my oldest and dearest friends, in 1963. That year we traveled across Canada - my parents, Mary Sue and I. I'm not sure what ferry this was - it could have been the one to Victoria, BC. She married the late Dr. Gordon Goulding and eventually returned to live in Wolfville where she still resides.