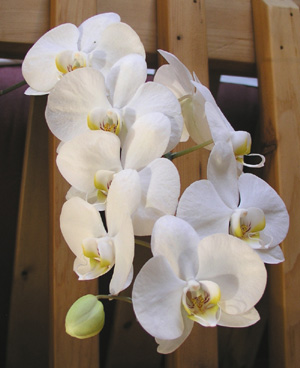 I've been a songwriter for much of my life, although not as a career. I've done a one-act musical for a theme park and also scripted musical theatre for young people. I find song lyrics challenging yet relaxing, because the lyricist can get away with so much more than is possible with 'literary' poetry.  Predictable rhyme, clichéd expressions, forced syntax -- they can all be found in some of the world's most memorable music. Many pop songs are really bad poetry, but since they're also composed of melody, rhythm and background tracks, the lyrics can be secondary to the form. I do try to draw upon my background as a poet in order to create something original.

I have melodies in my head for each of them, because I find it necessary to "hear" what I'm writing. I could easily play and sing these songs according to my rough arrangements, but would prefer to let the musician invent his or her own tunes to fit personal tastes. I consider myself a lyricist only.

I'll try to dig up some of my older work as well as posting newer ones here. This is a page-in-constant-progress, so please check back every now and then. There are more where these came from. If anyone out there would like to publish and/or use my lyrics for performance, please contact me and we can work out something of mutual benefit. All lyrics are (c) Brenda Tate and all rights are reserved. None may be reproduced in any way without my express written permission (my email address is at the bottom of this page). Thank you.

I love to use metaphor for poetry, and for songs as well. The grasslands in the first one represent a couple's relationship, that should have been full of openness and honesty but got lost to other concerns. I'm not so sure I like my speaker very much but I do feel his pain (or her ... but I usually picture him as male).

The moonlight throws itself across the prairie,

so I can watch my shadow ripple home.

It crawls beneath that big and hollow sky.

I think of you as evening staggers by.

If this old porch could mutter all its secrets,

So much has been invisible, I guess:

you never showed me your unhappiness.

Now the red-tailed hawk screams against the air,

so I turn to talk to you but you’re not there.

The wind keeps blowing the sun away

and I wish you would come back to me.

We’d walk across that sea

I’ve spent too many lives in bricks and concrete,

wrapped up so tight that I can hardly breathe.

You always tried to make me take it slow.

I sighed and said how you were free to go.

I wonder if they know how soon they’ll die?

If I could sing for you, I might not mind

these wheels of stars that leave me far behind.

Now the red-tailed hawk screams against the air,

so I turn to talk to you but you’re not there.

The wind keeps blowing the sun away

and I wish you would come back to me.

We’d run across that sea

But the wind’s still blowing the sun away,

and it tells me I can‘t stay

when his old heart told him, “Time to leave,”

and they say he spoke my name,

as the nurses gathered ‘round him.

Then the doctor sighed, “He’s gone.”

He released his soul with the winning goal, *

while the TV cheered him on.

And I wonder if that silver cup

was laid at my father’s feet.

Did he find somewhere in the open air

Has he changed much since I saw him last?

Does his face still look still the same?

I hope I learn the answers

It’s funny how a single phrase

keeps circling around my head

with a message I once read:

Lo, I am with you always.

Do I still believe that’s true?

But I feel him near and I sometimes hear

him breathe, “I’m watching you.”

And I wonder if that silver cup

was laid at my father’s feet.

Did he find somewhere in the open air

Has he changed much since I saw him last?

Does his face still look still the same?

I hope I learn the answers

Now the years are blurring by me,

and my mother’s headed home

where the hills are low, and the sea winds blow

over countries made of foam.

I can see them both together

on the bright and endless sand;

as the shore birds dance to the tide’s advance,

Daddy laughs and takes her hand.

And I wonder if those silver cups

were laid at my parents’ feet.

Did they find somewhere in the open air

Have they changed much since I saw them last?

Do their faces look the same?

I believe I’ll learn the answers

when they smile and call my name.

*alternate line 7 for those who want to emphasize a Christian-gospel theme:

Jesus caught his soul with the winning goal

I Let Down My Friend

I know it’s not working out for me;

no matter how hard I try

there’s always another wound to heal,

another tear to cry.

I thought I could exorcise my pain

and leave all my ghost behind,

but ghosts can come back to life again

to feed on the fears that they find.

no one could have told me it would be so hard!

that never quite applied to me. I’m not like the rest.

Self-pity gets you nowhere.

Tomorrow’s waiting out there …

Though just for awhile I could believe

I found it was only a short reprieve,

before the storm began.

I wish you were standing by my side,

no one could have told me it would be so hard!

Though some people say life turns out for the best

that never quite applied to me. I’m not like the rest.

Josh: (alone as light also fades on him) Why won’t you hear me?

The moon will come, to hear and soothe you.

that trickles down your face, and then erases pain.

in the heart of a caring friend.

and the touch of an anxious child’s

and if you turn, you’ll find an angel,

who never lets you drop,

with undemanding arms and strength enough to stop

from chasing you through the day,

when your life is lost in hell,

and you’ve run away.

A light of hope and freedom shows your path.

in a future you couldn’t imagine. Now, the best

of what you are inside,

will shine in your eyes.

for you’re here in a brave new place

The next song is pure blues The rhyme and rhythmic patterns are looser and more open to variations. it's another one I'd love to hear in an arrangement.

Dancin' with the Blues Man

I'm searchin' for white orchids, by the river of my sleep.

A summer moon is watchin' me, as the silence drops so deep.

I'm just a shadow on the current, where the mist is blowin' grey.

and just ferry me away.

For now, I'm in the silver-swimmin' darkness of the sky,

with midnight closin' hard on me, full of tears that I can't cry.

of the Blues Man's steel harmonica,

callin' down that cold star trail.

I don't need no golden halo;

I don't want no rock and chain.

When I'm dancin' with the Blues Man,

I know you're here with me again.

I can shed this pain I'm wearin',

while the music makes me new,

and these wanderin' steps that I can't forget -

retrace the lonely years to you.

So I'm listenin' to these dog-day songs, my two feet in a dream,
as the bleedin' rope around my heart falls down into the stream.
It'll only last till the mornin' sun, with the magic in my eyes,
in the August key of a minor D
lit by moon and fireflies.

I don't need no golden halo;

I don't want no rock and chain.

When I'm singin' with the Blues Man,

I know that you've come back again.

I can see your wild hair flyin',

while the music makes you free -
and these wanderin' steps that you can't forget,
bring you here to dance with me.