(page not complete -- waiting for some poems from Ed!)

is semi-retired to a golf course in after a sales and consulting career in business software and systems. He and his wife, Molly, follow their granddaughter’s softball exploits when not lazing by the pool or barbequing with friends and neighbors after work. Always a poetry hermit, Ed is also an Administrator and Moderator of the Critical Poet, one of the busiest poetry workshops on the world-wide web. A number of Ed’s poems have been nominated for competition in Web Del Sol’s International Board of Poetry Communities. Several of his poems have been finalists in that recurring event for the best poems to be found on the web.  He has also been published in Rattle, a nationally recognized print journal of poetry. 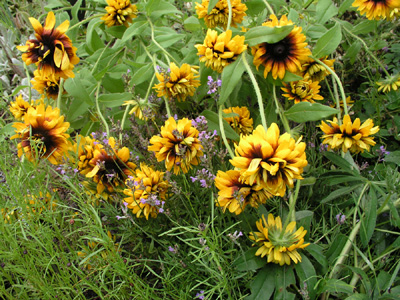 Glimpses From a Presidential Fly-By

satellite thriving if more than also

there go figure eighting the hive-

and drool boulevard, past

paddle and can to

by southwest to point of origin, no:

to point of departure.

Where do you suppose they're all going?

the power of morons.

I can tell you that much, John.